skip to main | skip to sidebar

A Metamorphosis of Carbon

“We are literally the ashes of long dead stars.” Scientists believe that the Solar System was formed when a cloud of gas and dust in space, made up of elements formed deep within stars, started to collapse, forming a solar nebula. This began to spin as it collapsed, eventually giving birth over billions of years to the Solar System as we know it today. Apart from hydrogen and helium, formed just after the Big Bang, most of the elements we come into contact with have been made in the stars. Planet Earth and all of its life forms are made of elements formed billions of years ago deep within the cores of stars now long dead.( ©2007-2010 The University of Waikato)
Posted by Catriona Palin at 16:55

Email ThisBlogThis!Share to TwitterShare to FacebookShare to Pinterest
Labels: me, music video, photoshop 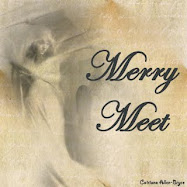 ***All images (unless stated) are under copyright of Catriona Palin 2016. No image may be used without permission. Please treat my work with the same respect as you would like yours to be treated. Thank you.***